Misc snaps from the week: 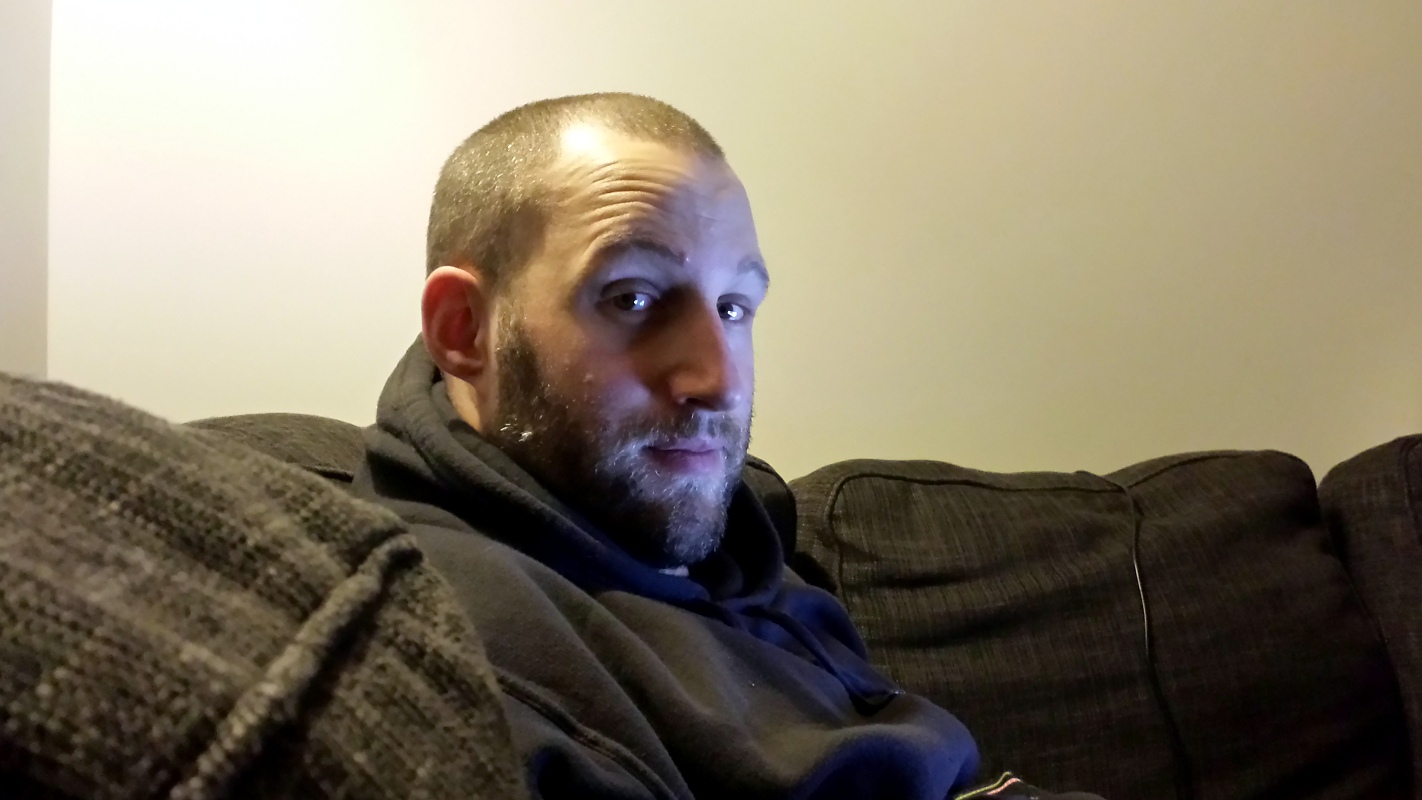 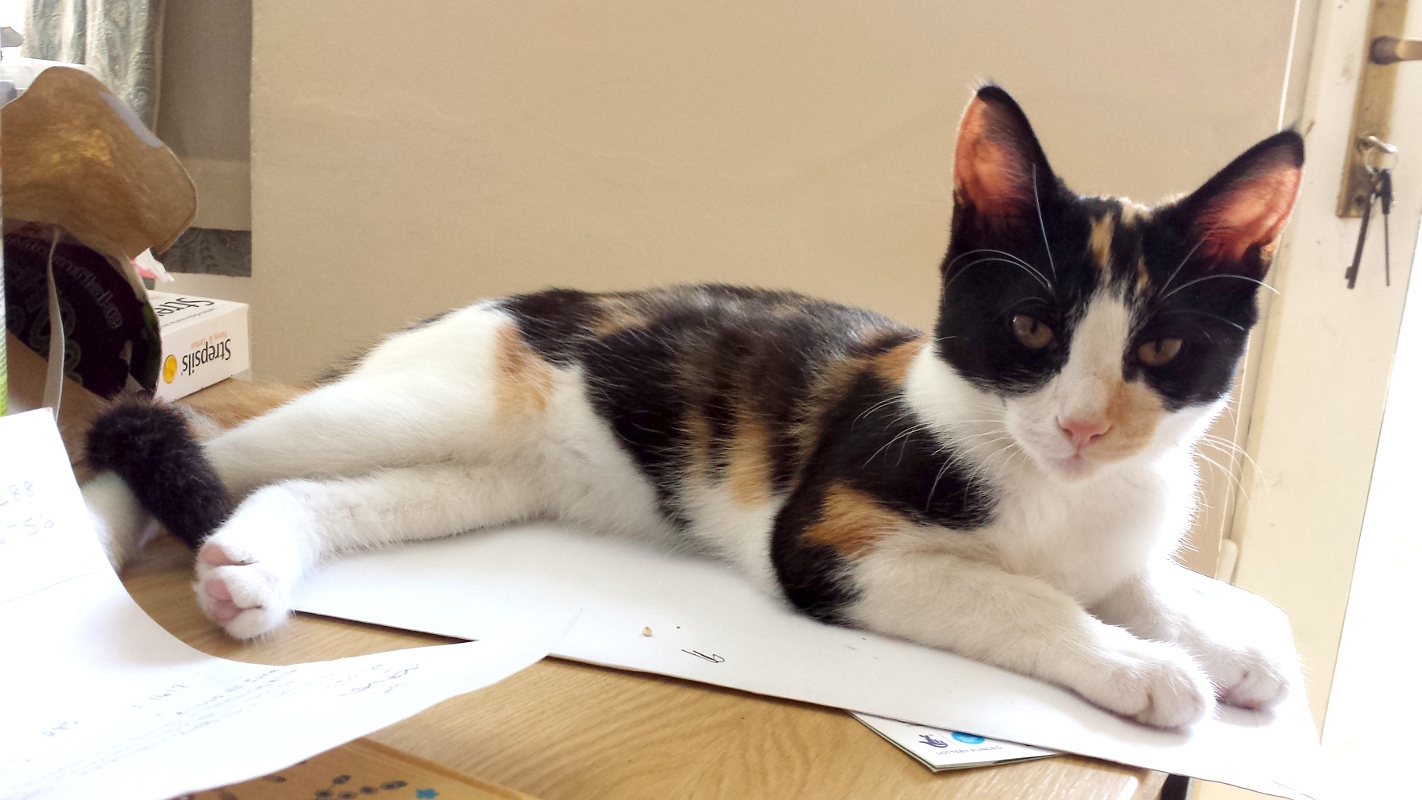 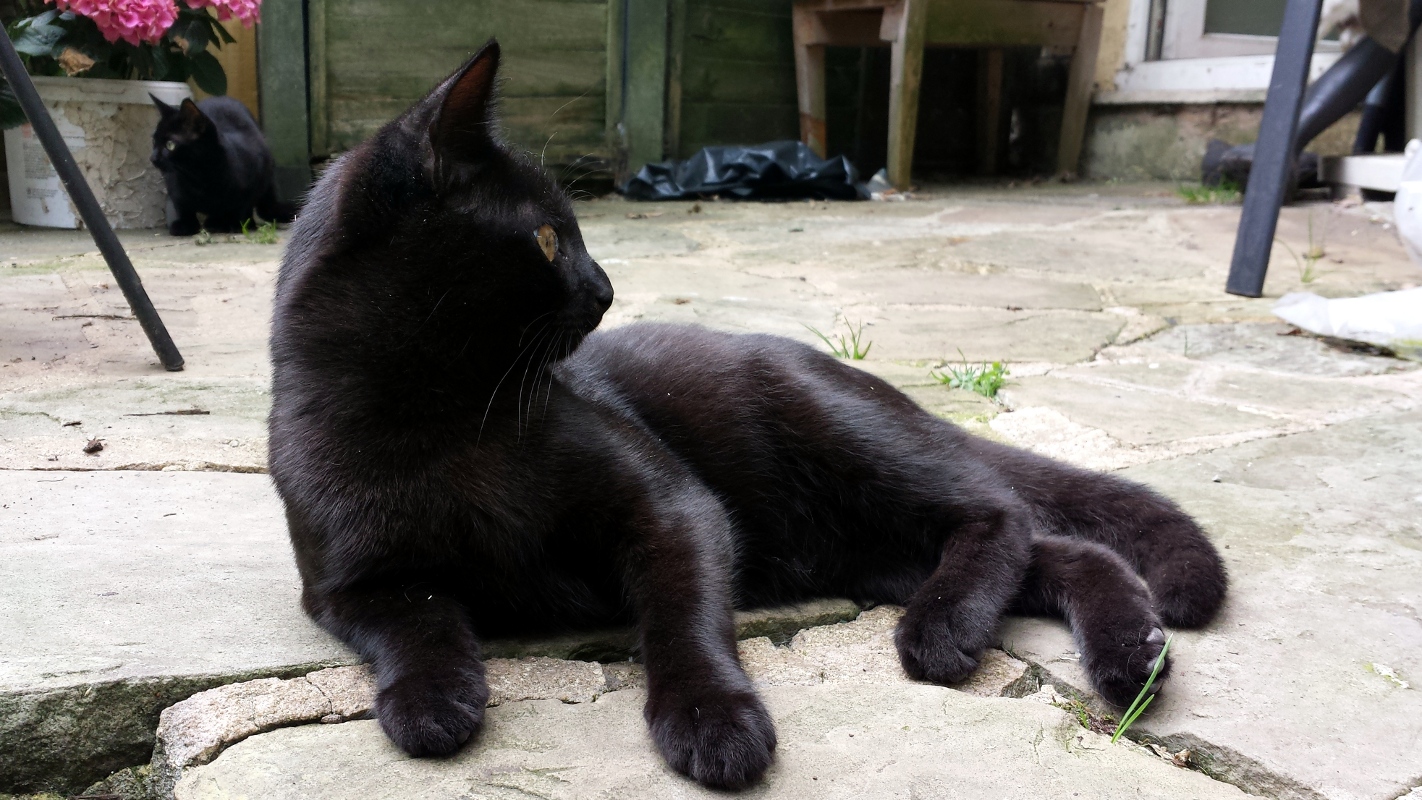 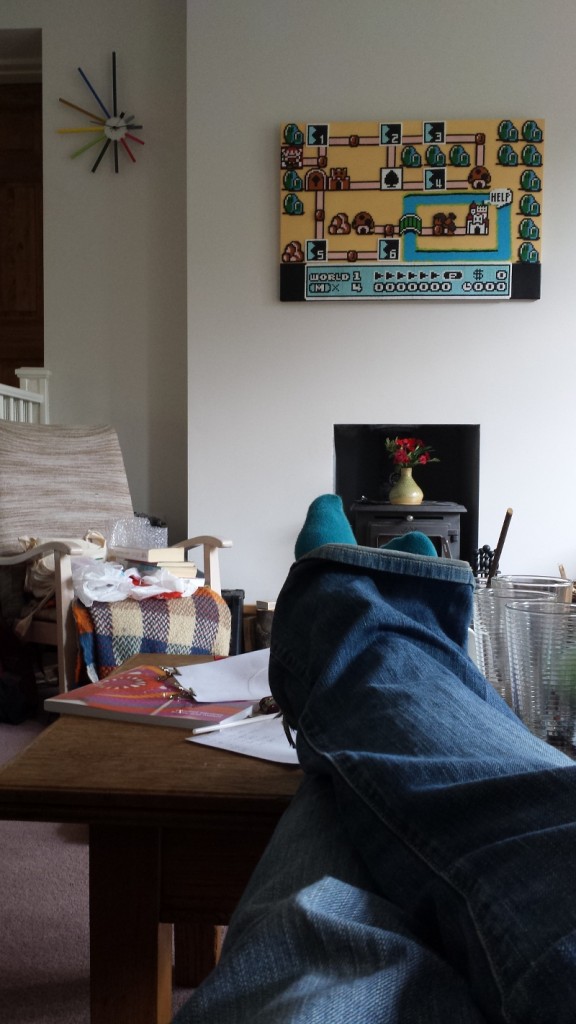 (John-John // Strange the kitten chilling on my desk // Kaufman, and Matilda, on their first day in the garden // my feet up on the coffee table one lunchtime)

We heart working from home. 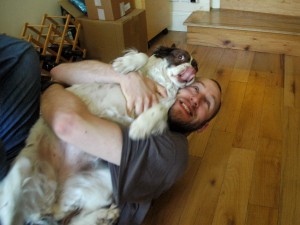 John & Lily-dog in the horses’ field

The woods at the end of our garden are awesome. AWESOME. They’re a mixture of ancient woodland & newer (early 20th century) plantings. They have a stream, countless springs and a canal running through/next to them. Deer, ducks and pheasants are spotted with surprising regularity and horses & cows graze on the farmland at the edges. They were a hive of industry 100+ years ago: the old quarry cliffs remain exposed, some of the dug-outs are still massive holes in the dirt, and there are the mysterious remains of structures everywhere. They were a leisure spot back then too: the shape of a large pond with man-made islands and a mini-jetty remains, and there are stone-walled lined paths & steps throughout. More recently, the eastern end hosted a prisoner of war camp (for Italian prisoners in WW2) and a fireworks factory that exploded in the 1950s or thereabouts – the shells of the buildings remain. We’ve walked in the woods almost daily for 15 months now and we regularly find new bits that we haven’t seen before. As I said, AWESOME.

Today though, we didn’t walk far – just to the horses field. Lily sprained her leg on Monday so we wanted to take it easier on her behalf. Also, we’re lazy and it was hot.

The horses’ field is down near the canal. This is the view from about halfway across the field – you can see the bridge over the canal on the left. 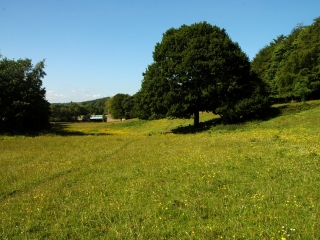 This is the view from the same spot facing the other way – speckled with daisies, buttercups and pink clover flowers at the moment. 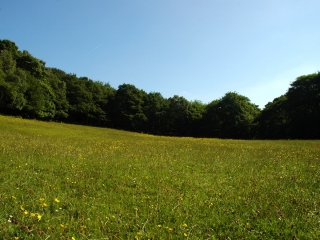 (I forgot to take any pictures until I was halfway across the field – a genuine mistake but admittedly, there is a bit of a blot on the landscape when looking across the whole field from the woods: a red corrugated steel warehouse, mostly covered with trees but noticeable all the same.)

While I was taking pictures, John and Lily had a little rest in the sun: 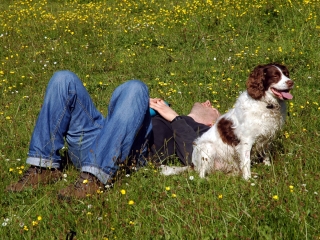 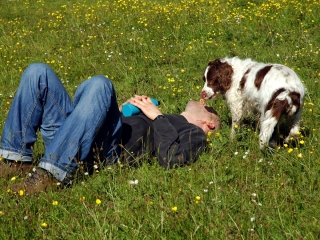 A sunny day in a field with her favourite humans, after a dunk in the beck? Lily got a little blissed out: 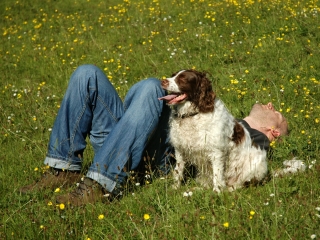 Make that a lot blissed out: 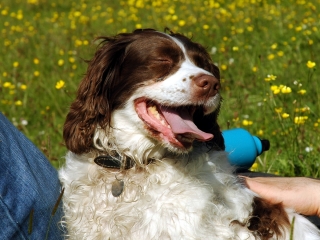 Everyone got quite comfy: 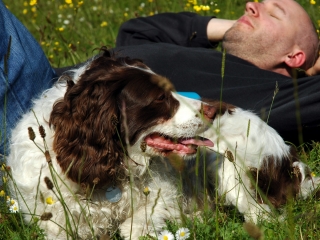 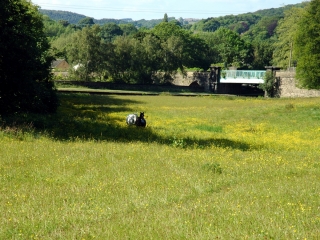 There is a reason we call it the horses field… They came over to investigate/bully us out of there. So we picked ourselves up and headed back into the woods and home.

My most favourite boy 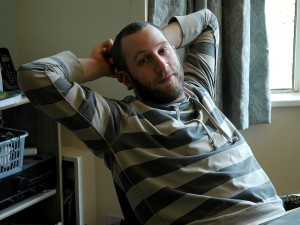 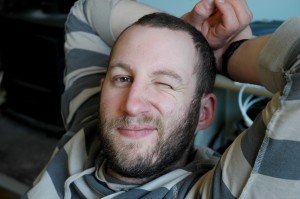 1. In the horses’ field, I turn away from the racing cocker spaniel to look for our slower springer but instead I find my attention stolen by the sky: glowing pink clouds on dazzling blue.

2. She knows I have something in my pocket but she doesn’t know what it is yet. Her eyes widen as I slowly reveal the bone but she doesn’t move, not at first, not until it’s nearly all exposed and she knows it’s definitely for her. A gentle paw touch my leg as she asks for it.

3. The last Thursday of the month is Leeds Ruby Thing so an evening home alone for me and the animals. I distract myself with computer games but Lily watches patiently at the dining room door, waiting for him to come home.

1. Six are huddled together on the perches and the seventh in the nest box she’s still not outgrown. They cluck softly as I peek in to check they’re all in bed. Turn out the light. You’re letting the cold in. Go away, I’m trying to sleep here.

2. We spend a lot of time together, a LOT. But quality time is still a rare treat.

3. She’s so excited to see him that she doesn’t know which way to run so she runs every way at once.

4. Sat on my shoulder, his fur is so soft and warm against my ear. I wonder how I can convince the other cat to sit on the other side and be another purring earmuff.