The last time I vomited

I remember, quite clearly, the last time I vomited.

Some people vomit quite casually or quite frequently but not me. The last time I vomited was on the 19th of December 1996.

(If I’ve told you I’ve “been sick” in the meantime, it was either a lie to get out of doing something I’d find socially awkward or a politer alternative to telling you that I had the squits. Sorry for lying and sorry for the latter mental image too.) 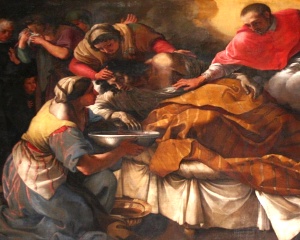 It was the Thursday before Christmas and along with the rest of humanity, it was our “work” Christmas night out – for me, then, “work” meant the Thursday evening team from the local hospital radio.

The plan was to do our regular shows – my “Songs from the Movies” solo show that no one listened to, followed by two hours of requests & bingo that had a fractionally bigger audience – then to go out clubbing. I was quite excited because we didn’t socialise much as a group away from the hospital, and I liked the idea of going out to a different club than I usually frequented, with a different group of people – anything could happen. We were also about to lose one of our number to the bright lights of That London, so it was almost a leaving party (an almost-leaving party) too.

In anticipation of the evening ahead, I had spent the afternoon doing all the things young girls do before of a big night out. All my various nails were painted, my legs were shaved, and my perpetually unruly hair was beaten into submission and sprayed with something that promised to add shine. I applied my make-up with all the skill I had at the time – using every tip I read in Just 17 and Mizz over the years (before I swapped my allegiances to Empire & Q) – and finally, I pulled on my absolute favourite dress: the shimmery petrol bias-cut satin shift dress that clung to every curve – I had curves worth clinging to then – and which I had been assured was good for dancing. As I left the house for the studio, I can safely say that I looked good, brilliant in fact – probably the best I’d ever looked for a night out up ’til that point and in the top handful of nights out I ever had in my teenage years. I was HOT. The problem was I didn’t realise the hotness was actually feverishness. I didn’t realise that until it was too late.

Even though, as I said, no one listened to it, I was always nervous during my solo show: setting up all the music, running the desk and presenting at the same time – there was a lot to do. Those in or around the studio were frequently treated to a cacophony of high-pitched squeals and frantic swearing which then switched instantly to a soothing Radio 2 late night DJ voice as soon as I pushed the “on air” button: I considered it one of my special super hero skills. Still though, that night, I felt more nervous than normal – my stomach flipping over at the anticipation of a fun night out ahead. 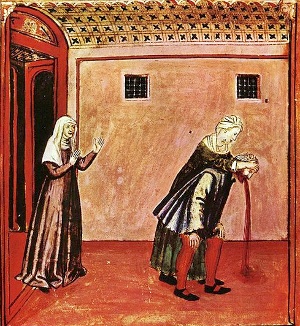 With the usual panic and bluster, I made it through my show and we segued into the main entertainment of the evening. I was co-hosting with R while D ran the desk. Since he was sat opposite us, it was D who first noticed that I was biting the skin around my pretty painted nails even more neurotically than usual and also that I looked a bit green. Between tracks, he asked me if I was ok.

Like the rest of the hospital, the studio was heated to sub-tropical temperatures. It was also pretty compact, so with three of us and a whole lot of equipment, the atmosphere always became rather stifling. With my internal radiator stuck on ‘max’ though, it had become especially unpleasantly oppressive so I used D’s query to excuse myself, to get some fresh air.

As I bounced down the steps to the corridor, I must have already know that I needed something else, not just a cool breeze. Thankfully there was a toilet just across the way and I ducked inside. I had just shut the door behind me when I immediately projectile vomited all over the toilet. Not into the toilet, no no; all over the toilet.

I had just enough time to gasp an “oh no” before the second wave rose. I managed a slightly better aim that time.

A third final heave felt like it dredged up all my internal organs and possibly a bone or two, but the trickle that landed smack-dab in the middle of the bowl (practise made perfect) assured me that it was only the last pitiful dregs of my stomach contents. I felt drained and completely raw. My throat burned, my mouth burned, even my lips burned.

I flushed away the flood that had landed in the bowl and stood up to examine the additional damage.

Already somewhat disheartened, I looked into the mirror behind the sink to assess my own state.

Damage to myself:
– Splatters in several shades and consistencies down the full length of my dress (crap)
– Mascara and previously fantastic smoky eye makeup streaked down my face like goth stalactites (crap)
– Blusher and surprisingly durable lipstick appear clown-like against my deathly pale skin (crap)
– A sticky squelching in my open-toed party shoes (crap)
– Revolting stench clinging to my ever fibre.

I swore copiously and wished the room was bigger than it was: it was just the toilet and a small handbasin so I had to stand there, wavering slightly, looking at the mess rather than being able to sit down with my head between my legs. I almost felt that if I could just rest for a moment, I could will my body into feeling better and there would still be a chance of going out that night. But no. 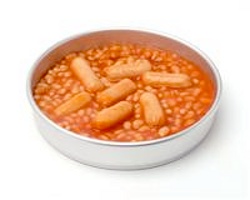 Instead I stood there, in a daze, considering my stomach contents. Because I didn’t know any better in those days, I’d had beans-and-sausage-in-a-can for a hurried dinner before leaving the house. I was marvelling at how little their form or smell had been affected by their time in my acid-churning belly when there was a knock on the door. R had popped down to check on me. He asked if I was ok.

I looked at the splatters on the furnishings and my dress, then turned to look at myself in the mirror. My still perfect hair mocked the rest of formerly-perfect me and I steadied myself by holding onto the taps.

“Not really, no. I’m … not well,” I said, not wanting to go into too much detail and also not wanting to speak because it pushed stomach acid into new, exciting places in my oesophagus. He asked if he could get me anything.

“Um, can you just call me a taxi please?”

He went away and I did my best to clean the little cubicle with scratchy paper towels. I suspect I did an incredibly poor job.

I slumped against the wall. Even in my miserable state, I could see the humour in the ridiculousness of the situation. Laughing made my head and throat hurt.

I was ill for the next week but I didn’t vomit again – and as stated in the premise of this whole post, I haven’t vomited again since. I think I vomited so much that evening that I’ve gacked up my quota for my lifetime.

I haven’t eaten beans-and-sausages-in-a-can ever again either.