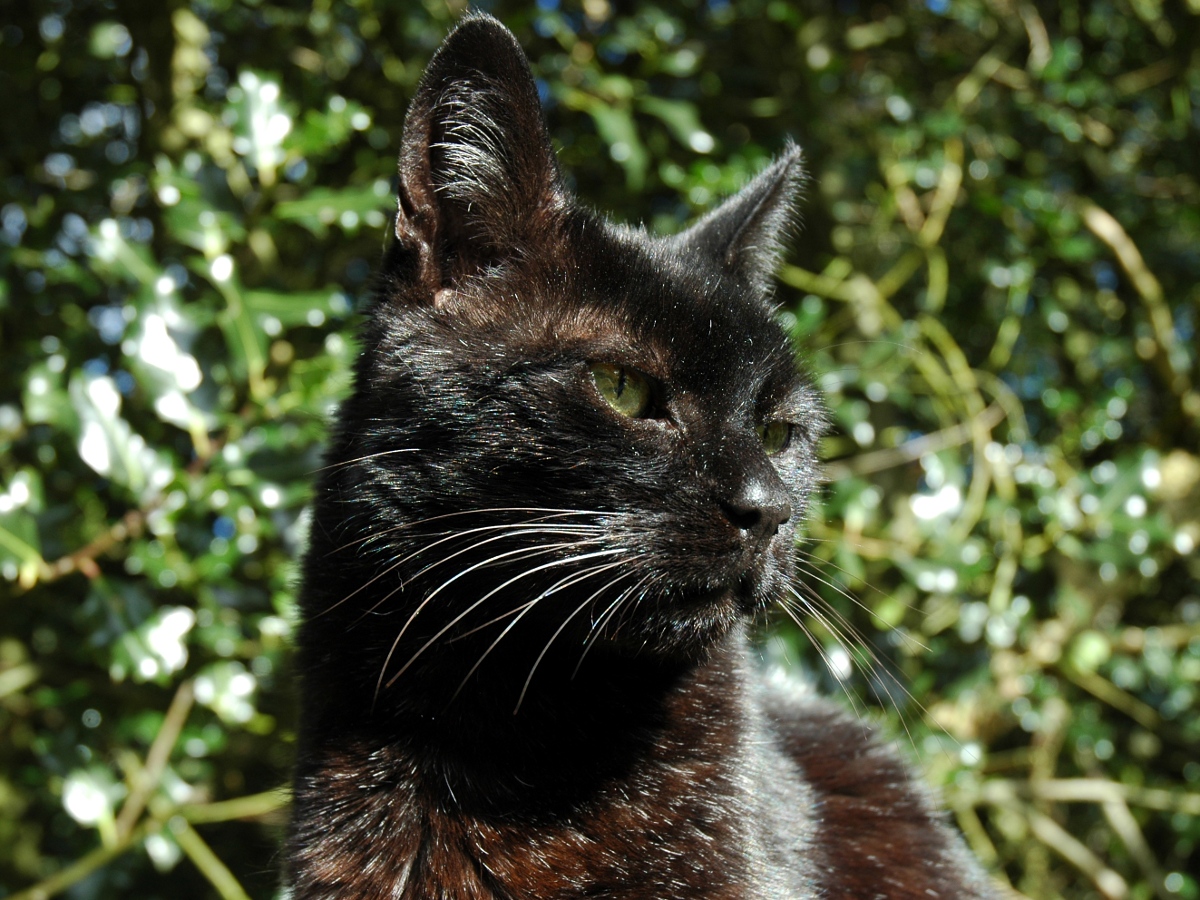 He first came to live with me in the late summer of 2000. The stray, semi-feral chap first clocked us – the household with two black cats – soon after we moved to Leeds at the end of May that year and I think he decided he’d fit in with the colour scheme. It took a few months of adhoc feeding for him to feel brave enough to stay the night but once he did, he became part of the team very quickly. He felt so settled in that a month later, he brought his girlfriend home to live with us too – but that’s another story.

For the first eighteen months or so, he was sweet but still prone to odd behaviour based on his tough background – he loved hugs but if it went on a little long, he’d turn around and swat me in the face; he sliced my hand open the first time we tried to put him in a basket to go to the vets [though, to be fair, we were taking him to have his nads removed – his response was possibly rational]; and, I still have a scar on my finger where he bit me through to the bone in a misunderstanding over a cumberland sausage stick. He was also still a man about town and would disappear for a couple of days at a time before returning with a new chunk out of his ear. Then one day in spring 2002, he didn’t come home after those couple of days and no matter how much I shouted for him in the woods/park next to our house, he didn’t come home in the days after that either. I told myself that he was an old man, that he’d had a great retirement with us but that he’d gone away to die because he was still a loner at heart – I found comfort in that. (We had no way of knowing how old he was when he moved in with us – just that he was an adult cat, and not a young adult at that, and he seemed much older than Carla & Carbs, who were then about four.) Six weeks later, he turned up again, completely out of the blue in the middle of the night. He was skinny with even more chunks out of his ears, but when he stretched his head up for kisses, I knew it was definitely my B.

Of course, that was eleven years ago now. He was DEFINITELY an old man by the end of his days but until the weekend, was always bright and full of life. His eyes always shone greetings and I’ve never known another cat to enjoy exchanging blinks as much as him. At some point in the past decade, he left the last of his wildness behind and he became a giant, trusting softy. Hugs could go on for an amazingly long time and there would be no swatting, just loud, loud purring; he let me flap his front paws around to wave to people or to make him do goofy dances; and, his most favourite place to sleep was in between us, with his throat resting on my cheek – his vibrations rocked me to sleep on countless nights. 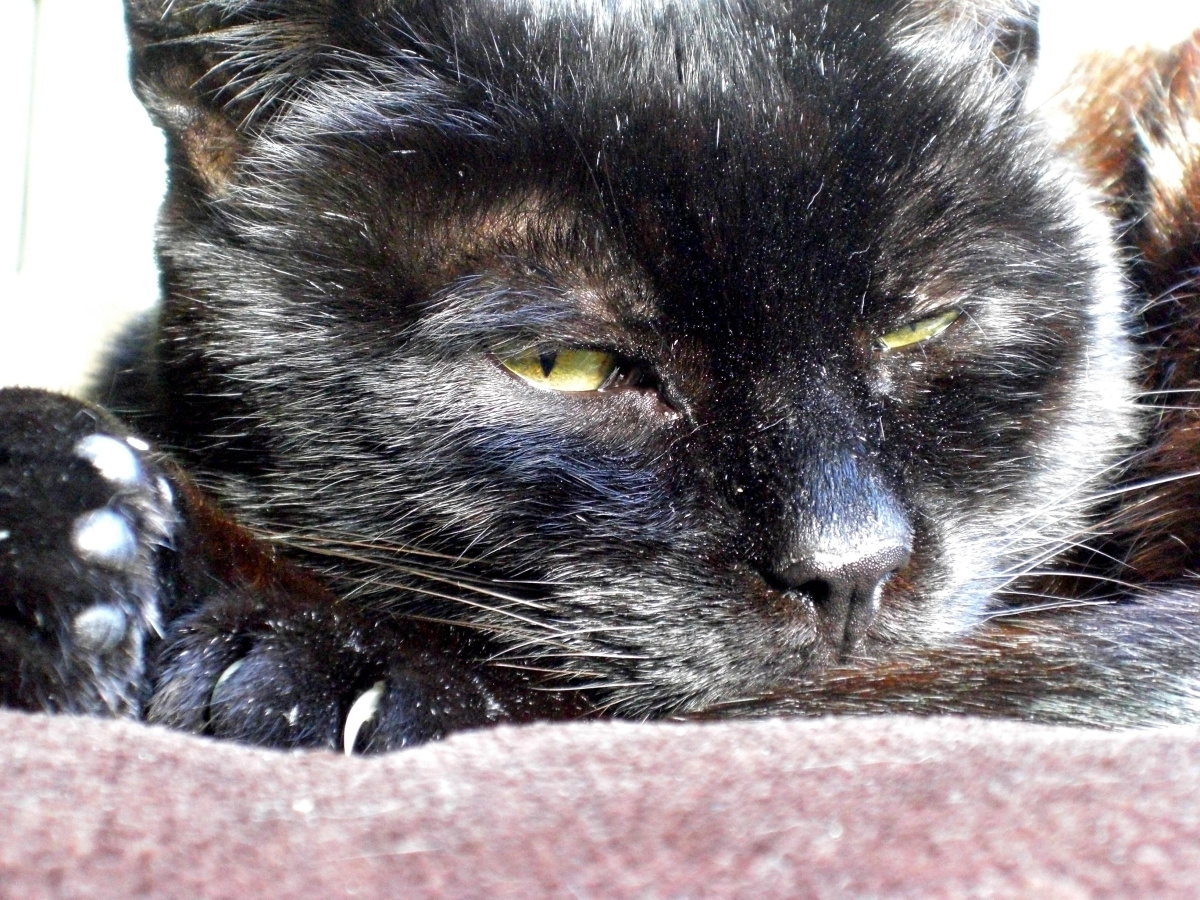 He liked being tickled on the back of his head (preferably by John’s scratchy beard) and mating with my arm (I have a sexy arm apparently). He liked fish’n’chips fish and bullying other cats out of their favourite comfy sleeping spot. He liked sleeping on top of the woodstore in the sunshine and going on his rounds, stealing cat food from our immediate neighbours and getting treats from the ones slightly further afield. We very much loved him and I think he very much enjoyed living with us too.

Boron, Bee, Bozza, Beezle, B-Man, my mate-mate, my little chap, my Handsome Sam. You will be missed. 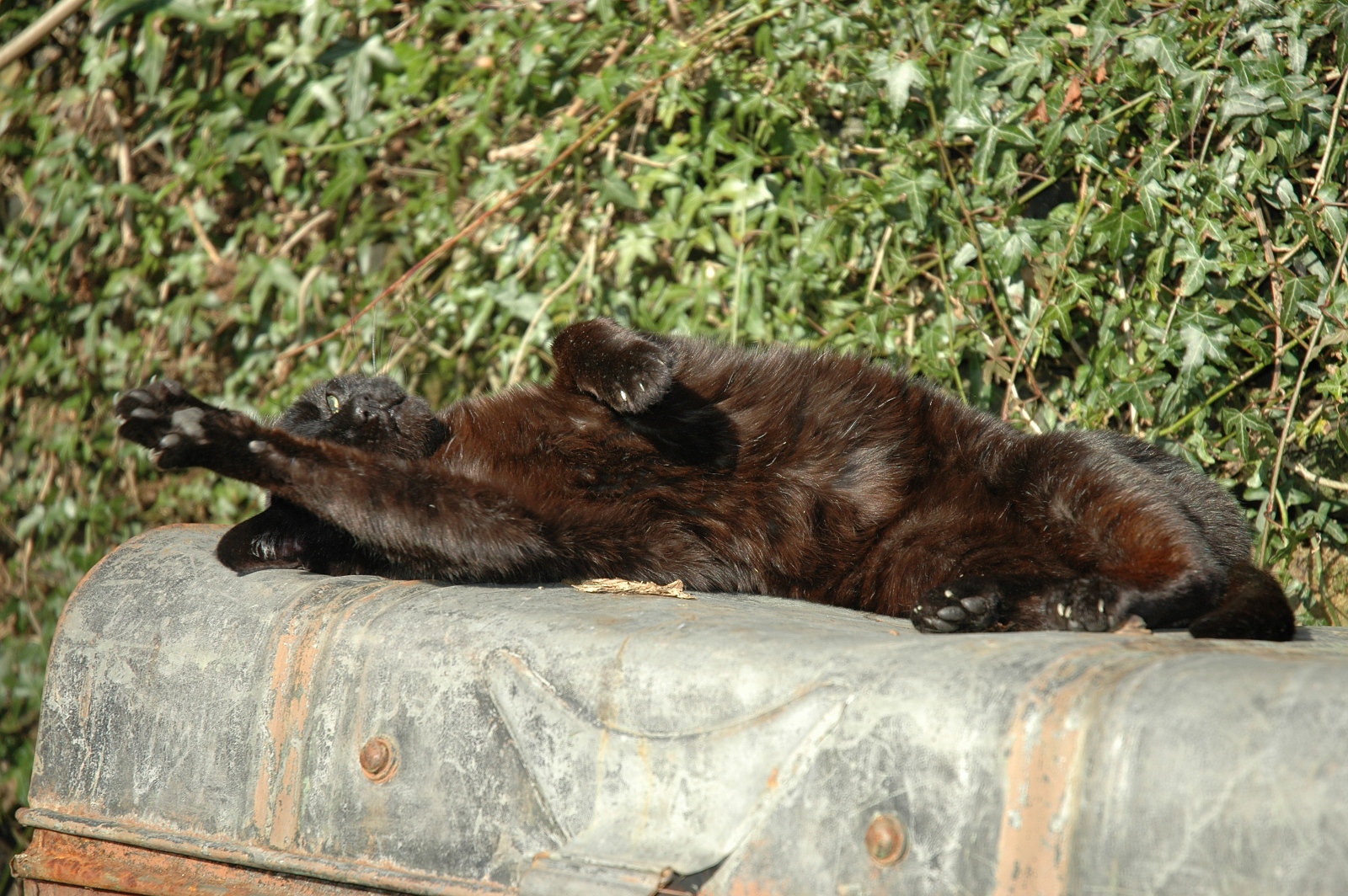