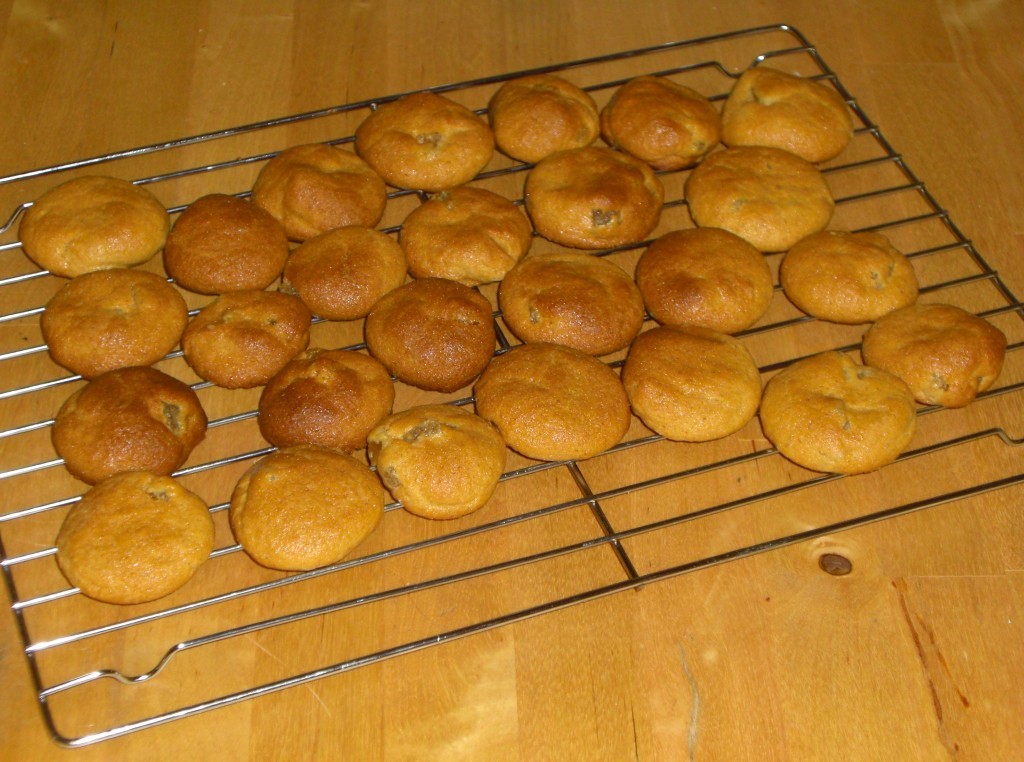 I’ve been in a bit of a biscuit making phase recently – something I’ve not really done before because the effort has seemed like it was out of proportion with the end product. Then I found a really simple and quick recipe for cinnamon biscuits and made a batch for John in November, and after that a (probably short-lived) obsession was born.

I kinda use recipes and knitting/crochet/sewing patterns as a vague guide – something to give me a rough idea to riff off rather than something follow slavish. I also don’t usually measure stuff out when I’m cooking so the recipe details are estimates based on the original recipe I used for the cinnamon ones.

I made this set of biscuits to take around to enjoy during a night of gaming with Dathan and Gianni. The dough was perhaps the best yet and they stayed in nice cute rounds. They’re crunchy not soft but YUM.

(I’ve included the measurements again in here because when I’m following recipes, I want it all together rather than having to refer back to the ingredients section.)